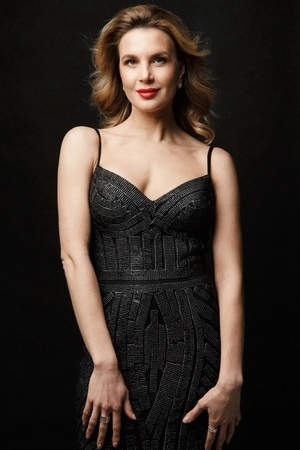 Daria Telyatnikova graduated from the St Petersburg State Rimsky-Korsakov Conservatoire in 2008. From 2010–2012 she was a soloist with the Mariinsky Academy of Young Opera Singers. In 2011 she made her debut at the Mariinsky Theatre, followed by debuts in 2013 at the Bolshoi Theatre and the Perm Opera and Ballet Theatre. Since 2012 she has performed at the International Opera Studio in Zurich. Since 2013 she has been a trainee soloist with the Perm Opera and Ballet Theatre and a guest soloist of the Bolshoi Theatre.

Has appeared at the Philharmonie in Berlin, the Megaron in Athens, the Cité de la Musique and the Théâtre des Champs Élysées in Paris, the Gulbenkian Foundation in Lisbon, the Tchaikovsky Concert Hall, the Moscow State Conservatoire, the St Petersburg State Philharmonic and the Bozar in Brussels.