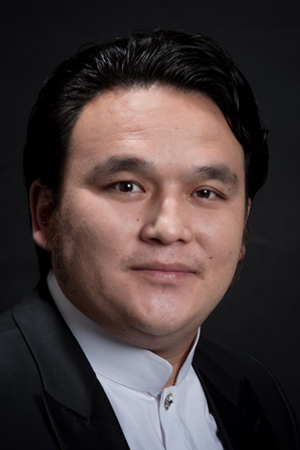 Badral Chuluunbaatar was born in the Mongolian aimag (province) of Selenge in 1989. He studied vocals at Music and Dance College in Ulaanbaatar and subsequently at the Gnesin Russian Academy of Music (class of Natalia Dmitrieva; receiving his bachelor’s degree in 2016 and his master’s in 2018).

Has lived and worked in Italy since 2017.

In 2019 he made his debut at the Arena di Verona Festival in the operas Aida (Amonasro) and La traviata (Giorgio Germont), at the Teatro Massimo di Palermo in La Traviata and at the Teatro Petruzzelli in Bari in Cavalleria rusticana (Alfio).

At the Mariinsky Theatre he appeared for the first time in November 2019, performing the role of Giorgio Germont in La Traviata.
Information for May 2021