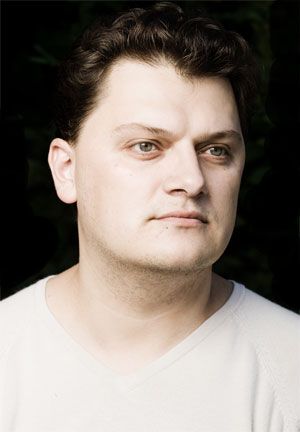 As one of the up-and-coming international spinto tenors of the next generation, Aleksandrs Antonenko has quickly formed a remarkable career at the world’s leading opera houses. He first came to public attention when he won the Paul Sakss Prize in 2002 and the Grand Latvian Music Prize in 2004, before embarking on his international career as one of the most outstanding spinto tenors of the present day. Among numerous current and future engagements, he has appeared at such leading opera houses as the Semperoper Dresden, the Deutsche Oper Berlin, the Wiener Staatsoper, the Opéra National de Bordeaux, the Opéra de Monte-Carlo and the Deutsche Oper am Rhein, where he was acclaimed for the demanding role of Giuseppe Hagenbach in La Wally. At the Royal Swedish Opera in Stockholm and at the Norwegian National Opera in Oslo, he has sung the role of Des Grieux (Manon Lescaut), which was also his debut role at the Wiener Staatsoper in 2006. At the Latvian National Opera, he first sang the role of Sergei in Shostakovich’s Lady Macbeth of Mtsensk in January 2006. During the 2006-07 season, Aleksandrs Antonenko appeared at the Norwegian National Opera in Oslo (as Don José), the Deutsche Oper Berlin (as Turiddu), the Opéra de Monte-Carlo (as Turiddu) and at the Baden-Baden Festival (as Cavaradossi). Among other roles, Aleksandrs Antonenko has appeared as Gabriele Adorno (Simon Boccanegra) at the Oper Frankfurt and Ismaele in a new production of Nabucco at the Bayerische Staatsoper. As Verdi’s Otello he made his debut at the Salzburg Festival in the summer of 2008 in a new production under the baton of maestro Riccardo Muti.

He also sang in a new production of Otello at the Teatro dell’Opera in Rome. In February 2009 he made his debut at the Metropolitan Opera (New York) in Rusalka (as the Prince together with Renée Fleming) to great acclaim. In 2010 he sang in The Queen of Spades and Otello at the Wiener Staatsoper, as Turriddu in Cavalleria rusticana in Valencia and as the Pretender in a new production of Boris Godunov at the Metropolitan Opera.

He has previously sung as Cavaradossi in Tosca at the Teatro alla Scala in Milan, in a new production of Otello under the baton of maestro Pappano at the Royal Opera House, Covent Garden, a debut at the Arena di Verona with Tosca and Samson et Dalila at the Grand Théâtre de Genève.

Furthermore, he sang as Radamès in a new production of Aida at the Zurich Opera as well as Hermann in The Queen of Spades.

In April 2015 he appeared in Turandot for the EXPO-opening at the Teatro alla Scala in Milan.

Future engagements include his debut at the Royal Opera House, Covent Garden, as Canio in I pagliacci (on the same evening he will be singing I pagliacci and Cavalleria rusticana (as Turiddu) and a new production of Otello at the Metropolitan Opera in New York.