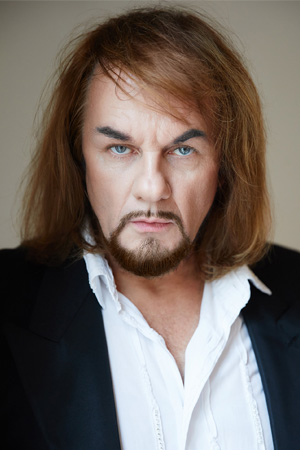 Zakhozhaev’s performance of the extremely complex role of Tristan (in Richard Wagner’s opera Tristan und Isolde) was worthy of admiration, first and foremost for his upper notes which, regardless of their hard and beautiful sound, always remained wide. This voice always seemed dense and voluminous, even in the upper notes. He performed Tristan’s extreme mood swings in a very emotional interpretation which it would be no shame to compare with the very greatest performers (his German pronunciation, too, was very good).
Klassik.com

Throughout the world, the tenors who have mastered this role could be counted on your fingers. Zakhozhaev calculated his powers very precisely, delighting us with his stable vocals, the noble timbre of his voice and his clear German pronunciation.
Kultura

Leonid Zakhozhaev, with his beautifully pure and sonorous tenor voice, is also completely unfettered on stage and talented in terms of his acting.
The Moscow Music Herald

Leonid Zakhozhaev was born in Krasnodar. In 1983 he graduated from the Leningrad State Institute of Theatre, Music and Cinema, becoming a gradute of the first experimental course with the specialisation of "acting in music and speech performance of the popular stage" (workshop of Isaak Shtokbant). At the St Petersburg State Rimsky-Korsakov Conservatory he studied under Lev Morozov, graduating in 1994.

In 1995 he made his debut at the Mariinsky Theatre as Narraboth in Richard Strauss' opera Salome – the same year, he joined the company.

He has performed such roles as Sobinin in A Life for the Tsar by Glinka, Sergei in Lady Macbeth of Mtsensk by Shostakovich, Hoffmann in Les Contes d'Hoffmann by Offenbach, Alexei in The Gambler by Prokofiev and other works.

He is one of the lead participants in the "Wagner renaissance" at the Mariinsky Theatre: he was the first Russian singer following Ivan Yershov to perform the role of Siegfried (Siegfried, 2003) and Tristan (Tristan und Isolde, 2005).

Has taken part in productions of musical dramas by Wagner at theatres in Europe and the USA: Siegfried in a production at La Fura dels Baus at the Palau de les Arts Reina Sofia in Valencia and at the festival Maggio musicale fiorentino (2008), Siegfried and Götterdämmerung at the Teatro Colón in Buenos Aires (the Ring staged by Valentina Carrasco, 2012), Tristan und Isolde at Prague's Národní Divadlo Theatre (2010) and the Opéra de Dijon (2009), Siegfried and Götterdämmerung at the Wrocław Opera (2005–2006) among others. Has worked with such conductors as Zubin Mehta, Roberto Paternostro, Asher Fisch and Gianandrea Noseda.

Honorary Member of the Wagner Society of New York.

Participates in humanitarian and cultural programmes of the St Petersburg Committee for External Relations, appears in concerts in Russia and the Near East, performing romances, arias and scenes from well-loved operas.