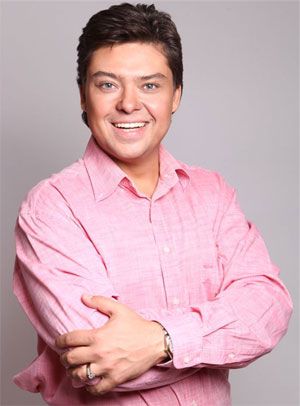 It was hard not to see how the young but already experienced singer slowly hypnotised the enraptured audience. The refined, ideally even, jewel-like and at the same time piercingly warm and mellifluous timbre of lyric tenor Daniil Shtoda melted and warmed the people’s souls, which have become colder in recent times. Not one flaw, not one imprecise gesture, not one doubtful intonation – everything was measured, well constructed, managed and under control.

Moreover, the singer’s repertoire also includes the roles of Mozart (Mozart and Salieri) and Beppe (I pagliacci) as well as the tenor parts in Mozart’s Requiem, Verdi’s Requiem, masses, cantatas and oratorios by Bach, Mozart, Beethoven and Rossini, Rachmaninoff’s The Bells, Stravinsky’s Les Noces and Russian folk and Soviet songs.

Daniil Shtoda tours frequently. At Carnegie Hall he has performed the roles of Lensky (Eugene Onegin) and Nadir (Les Pêcheurs des perles in concert) and at opera houses in Los Angeles, Florence, Hamburg and Munich he has sung as Fenton (Falstaff). He has performed the role of Lensky (Eugene Onegin) at the Benjamin Britten Festival in Great Britain, at festivals in Aix-en-Provence (France), Toronto (Canada) and at the Metropolitan Opera in New York (USA); at the Royal Opera House, Covent Garden, he has sung the role of Beppe (I pagliacci) opposite Plácido Domingo, Dmitry Hvorostovsky and Angela Gheorghiu; at the Washington Opera he has sung as Ottavio (Don Giovanni); in France, Spain, Japan, the USA and at the VIII Moscow Easter Festival he performed the role of Il Conte di Libenskof (Il viaggio a Reims, co-production by the Théâtre du Châtelet and the Mariinsky Theatre); and at theatres in Germany, Japan, Canada and the USA he has sung as Alfredo (La traviata).

Daniil Shtoda has also performed with the Mariinsky Opera Company and in recital in Spain, Israel, Slovenia, Croatia, Austria, Germany, the Netherlands, Great Britain, Finland, Switzerland, France, Belgium, Italy, Japan, South Korea, Canada and the USA.
Together with Larisa Gergieva he has undertaken concert tours of towns and cities in Europe, the USA and Canada as well as two recitals with a programme featuring romances by Russian composers at Carnegie Hall.

The singer has an extensive discography. With EMI (Great Britain) and AMG (Great Britain) he has released discs featuring Russian romances accompanied by Larisa Gergieva; with DELOS (USA) he has released a disc of Russian and Soviet arias in collaboration with the State Academic Chamber Orchestra of Russia under Konstantin Orbelian; and for Vox Artists in Budapest (Hungary) he has released a recording of the opera Don Giovanni (singing the role of Don Ottavio) together with Ferruccio Furlanetto (as Leporello).