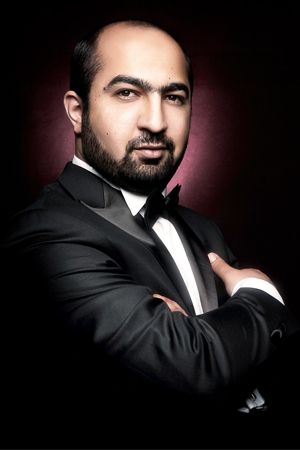 Born in Metsamor (Armenia), graduated in 2004 at the Yerevan Conservatory under the guidance of Sergey Danielyan. He was finalist at the A. Isahakian Republic Vocal Competition (2000). Since 2003, he is a soloist with the Yerevan Opera Theater, where he has performed in several productions including Aleko, Arshak II and  Iolanta, to name only a few.

He participated in several oratorios performed at the John Smith Hall in London in 2007 and the same year he was awarded a special prize for the achievements in classical music performances by the President of the Republic of Armenia. In 2008, he won the First Prize and Gold Medal at the First International Pavel Lisitsian Baritone Competition.

Mr. Hakobyan is frequently invited to the Teatro Lirico in Cagliari, where he has already performed: The Legend of the Invisible City of Kitezh and the Maiden Fevroniya (Fiodor); Eugene Onegin (title role); Cavalleria Rusticana (Alfio); Pagliacci (Tonio); I Shardana (Norace); and  The Bartered Bride (Micha).