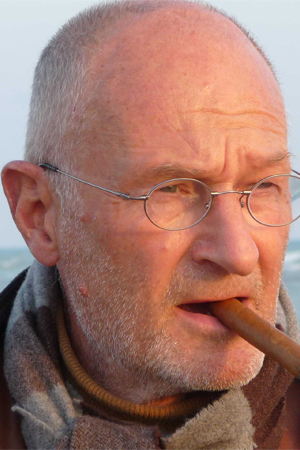 Pierre Dupouey started as a TV cameraman, travelling around the globe, mainly across the Middle East and South-East Asia. Later he got into cinematography as a lighting designer and director of photography. Several fi lms he had worked on were featured in the programmes of the Cannes Film Festival and Venice Film Festival. Dupouey’s projects include live opera recordings for the Paris Opera, Salzburg Festival, and Chorégies d’Orange. As a lighting designer, he has worked on a number of opera productions in France, Italy, Germany, Sweden, and Greece. Recently, he has designed the scenography (lighting and video) for two shows with Natalie Dessay at the Théâtre du Chatelet and at the Philarmonie de Paris. He has created the lighting for Le Temple de la Gloire, an opéra-ballet by Rameau and Voltaire, staged in San-Francisco (its original manuscript was discovered in the UC Berkeley Library). Adriana Lecouvreur is Dupouey’s first collaboration with the Mariinsky Theatre. For this production, he has created videos, as well as the lighting.