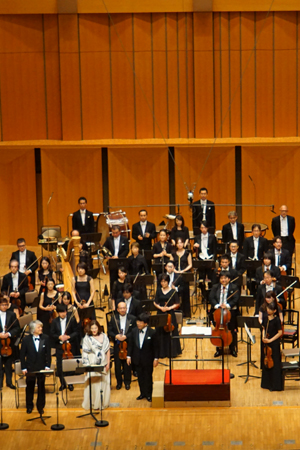 The Tokyo City Philharmonic Orchestra was founded in 1975. In April 2015, the ensemble celebrated 40 years since its establishment. The orchestra appears in more than 100 subscription concerts per year at the Tokyo Opera City Concert Hall, as well as takes part in opera and ballet productions and popular TV shows about classical music. In 1994, the orchestra signed an arts cooperation agreement with Kōtō City in Tokyo and since then has regularly appeared at the Tiara Koto Concert Hall.

The 600th performance of the opera was released on a CD. In September of 2017, the orchestra under the baton of Ken Takaseki introduced a concert version of the opera to mark an anniversary performance at the Tiara Koto Concert Hall.
Information for February 2019