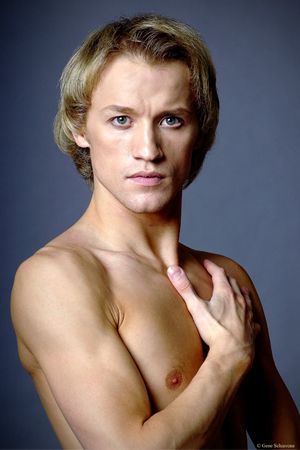 Denis Matvienko immediately showed his noble skills in his unbelievably high and always elegant and always reckless leaps, furnishing them with a proportionate share of performance charm.

A super-virtuoso who turns out eight pirouettes with ease, and a real macho who displays impassioned fervour.

He was the first performer of the role of Ali-Batyr in the 2009 revival of Leonid Yakobson’s ballet Shurale (2009).