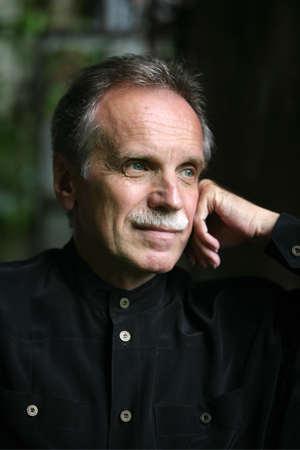 Oleg Zverev was born in 1949 in Tomsk. In 1983 he graduated from the faculty of opera and symphony music conducting of the Leningrad State Rimsky-Korsakov Conservatory. Has conducted the Academic Symphony Orchestra of the St Petersburg State Philharmonic, the Tchaikovsky Symphony Orchestra, the symphony orchestras of the Omsk and Volgograd Philharmonic Societies and the Polish youth orchestra Sinfonia Iuventus. As a guest conductor he has conducted at the St Petersburg State Mussorgsky Opera and Ballet Theatre (Mikhailovsky Theatre) and the Novosibirsk Opera and Ballet Theatre. Has toured to Japan, Australia, Germany, Poland, Switzerland and China.

Has given master-classes in Eugene (USA) and Melbourne (Australia). Founded the Youth Orchestra of Barnaul. In 1996 he received the title of Honoured Artist of Russia. In 2018 he was presented the medal Friendship of Peoples.
Information for October 2019