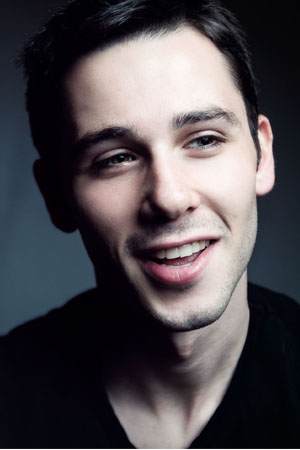 Described by The Telegraph as “phenomenally promising”, the young British conductor Oliver Zeffman was the Classical Music nominee for The Times Breakthrough Artist Award at the 2018 South Bank Sky Arts Awards. Recent and upcoming debuts include with the Orchestre National du Capitole de Toulouse, Ulster Orchestra, Ural Youth Symphony Orchestra, Jersey Symphony Orchestra, West Green House Opera and Chelsea Opera Group, whom he leads this season in Anton Rubinstein’s The Demon. Having stepped in at short notice with the London Chamber Orchestra last season, he returns twice to the orchestra this season.

Oliver Zeffman has worked as an assistant to Valery Gergiev, preparing orchestras including the Rotterdam and Luxembourg Philharmonics; Daniel Harding, for whom he has prepared Mahler’s Symphony No. 8 with both the Swedish Radio Symphony Orchestra and the New Japan Philharmonic; and to David Zinman, Manfred Honeck and Ed Gardner with the Deutsches Symphonie-Orchester Berlin. Last summer he spent a month assisting Gustavo Dudamel, Thomas Adès and a number of other conductors with the Los Angeles Philharmonic.

In 2010 Oliver Zeffman founded the Melos Sinfonia (London), an orchestra of young professionals, where he continues as Artistic Director. Together, they have given the Russian premieres of a number of important 20th century works – including Maxwell Davies’ Eight Songs for a Mad King, Walton’s Façade and Ligeti’s Aventures and Nouvelles Aventures  – and most recently, at the invitation of Valery Gergiev, toured a concert staging of George Benjamin’s Written on Skin to the Mariinsky Theatre. Over the last three years Oliver Zeffman and the Melos Sinfonia have commissioned thirteen new works from some of the most exciting young composers of today.

A graduate of the Royal Academy of Music, Oliver Zeffman originally studied History and Russian at Durham University and also spent a year at the Rimsky-Korsakov St Petersburg State Conservatory under the direction of Alexander Polishchuk.
Information for July 2019