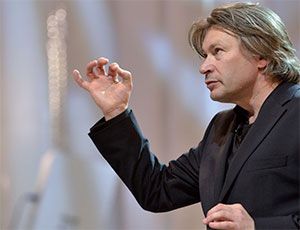 “He is correct but incredibly precise and truthful to a fault, and could never be induced to call ‘white’ ‘black’.”
Delovoi Peterburg

“What the St Petersburg Smolny Chorus presented cannot be called anything other than great art...”
Stuttgarter Zeitung

In 2015, 2016, 2017 he conducted a multi-thousand combined choir’s performances in St Isaac’s and Palace Squares in St Petersburg on the Day of Slavic Literature and Culture.
Information for November 2018