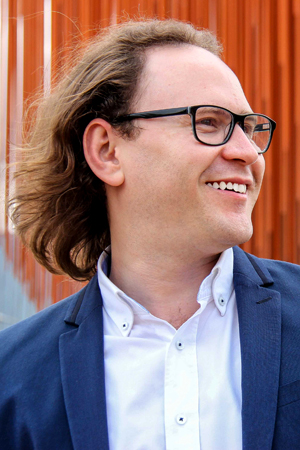 Born in Caracas, Christian Vásquez joined the San Sebastian de los Reyes Symphony Orchestra as a violinist at the age of nine. He began conducting studies under the tutelage of José Antonio Abreu in 2006 and was appointed Music Director of the Aragua Juvenile Symphony Orchestra Jose Felix Ribas soon after.

Following his debut with the Gävle Symfoniorkester in October 2009, one of his first appearances in Europe, Christian was appointed Principal Guest Conductor (2010–2013). Since then Christian Vasquez has worked with the Leipzig Gewandhausorchester, Philharmonia Orchestra, Rotterdam Philharmonic Orchestra, Orchestre de la Suisse Romande, Vienna Radio Symphony, Camerata Salzburg, Tokyo Philharmonic and Singapore Symphony. In North America he has conducted the New Jersey Symphony and Los Angeles Philharmonic.

Christian Vásquez became Chief Conductor of the Stavanger Symphony Orchestra at the beginning of the 2013–14 season, inaugurating the start of an initial four-year term with Mahler Symphony No. 2 in the orchestra’s new hall in August 2013. The 2015–16 season saw him become the Principal Guest Conductor of the Het Gelders Orkest, starting his tenure with a tour of the Netherlands featuring an all-Latin programme. He was also Music Director of the Teresa Carreño Youth Orchestra of Venezuela in 2010–2017, notably leading them on many tours in Europe which saw them perform in London, Berlin, Lisbon, Toulouse, Munich, Stockholm and Istanbul.