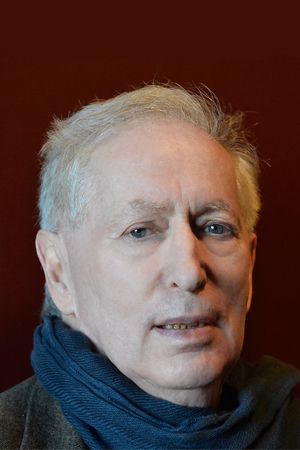 Sinaisky, whose conducting is precise and sensuous and who has a near-perfect technique, must have sharpened the senses of the Gewandhaus. This orchestra rarely plays with such boundless generosity, with such flexible dynamic range, with such voluptuous use of colour, so rich in detail and with such a grasp of structure. A truly great Shostakovich – moving, truthful and unsettling.

Thomas Sanderling grew up in St Petersburg, where his father, conductor Kurt Sanderling, was permanent conductor of the St Petersburg Philharmonic Orchestra. He graduated from the Music School of the Leningrad Conservatory and went on to study conducting at the Hochschule für Musik in East Berlin, becoming Music Director of the Halle Opera at age 24. By his mid-twenties he was working with every major orchestra in East Germany, performing in famous venues including the Dresden Staatskapelle and the Leipzig Gewandhaus, and won the Berlin Critics’ Prize for his opera performances at the Komische Oper Berlin. His CD of Shostakovich's Michelangelo Suite (premiere recording) led to his becoming assistant to both Herbert von Karajan and Leonard Bernstein. In the early 1980s he was appointed permanent guest conductor with the Deutsche Staatsoper Unter Den Linden, which was followed with his successful debut at the Wiener Staatsoper, conducting Die Zauberflöte.
He has conducted many orchestras including BBC Scottish, Baltimore Symphony, Bayerische Rundfunk Symphony Orchestra; Deutsches Symphonie Orchester, Dresden Philharmonic, Gewandhaus Orchestra Leipzig, Halle Orchestra UK, Helsinki Philharmonic, Konzerthausorchester Berlin, London Philharmonic, NDR Hamburg Symphony Orchestra and Philharmonia Orchestra.

Thomas Sanderling was awarded the title of Lifetime Music Director Laureate by Osaka Symphony Orchestra. With this orchestra he won the Grand Prix of the Osaka Critics twice in three years.
He has enjoyed a close relationship with Dmitri Shostakovich and his family for many years and still works in close collaboration with Irina Shostakovich. He originally met Dmitri Shostakovich whilst making his Moscow debut, conducting the State Orchestra of Russia, on the invitation of Evgeny Svetlanov, as a result of winning a conducting competition in East Germany. Greatly impressed, Shostakovich entrusted him with the translation into German of the texts of his 13th and 14th Symphonies; later he conducted the German premieres of both works. He also conducted the world premiere recording of the Michelangelo Suite followed by the concert premiere of two British song cycles for which he also set the original English text: Six Romances on Verses by British Poets and Anglo-American folk Songs. Both works were performed with Bayerische Rundfunk Symphony Orchestra in Munich, recorded live and released on the Orfeo label in 2012. Inspired by Irina Shostakovich, he created an Italian version of the Michelangelo Suite, which is dedicated to her.