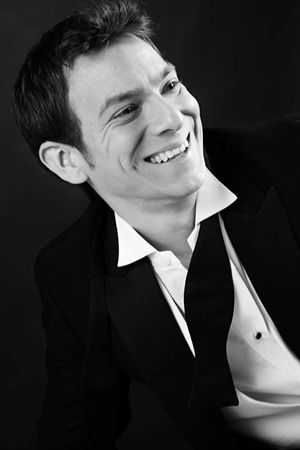 An invitation as the first Australian at the Mariinsky Theatre soon followed, as well as important debuts with the Warsaw National Philharmonic Orchestra, the Indianapolis Symphony Orchestra, the Frankfurt hr-Sinfonieorchester, the Orchestre Philharmonique de Monte-Carlo, the Tokyo Yomiuri Nippon Symphony Orchestra, the Danish DR SymfoniOrkestret, the Göteborgs Symfoniker, the Orchestra Sinfonica di Milano Giuseppe Verdi, the Odense Symfoniorkester, the St Petersburg Symphony and the RTE National Symphony in Dublin among others.
Smith has conducted at festivals including the Mozarteum Festspiele, the Järvi Summer Festival, the Estate musicale Chigiana, the Aspen Music Festival, the Sydney Olympic Arts Festival, the MiTo festival and the Proms in Kraków.

Daniel’s musicality, energy and spirit create an infectious rapport with musicians and audiences alike – “An amazing musician, an amazing conductor. He created passion, a musical game for skilful musicians and fire from all of the orchestra, on the other – a very professional conductor, one based on knowledge, education and intelligence and not just resulting from great passion and love for music,” wrote Adam Rozlach of the Polish Radio 1 during the Fitelberg Competition.

August 2013 marked Daniel Smith’s debuts at the Rossini Opera Festival in Pesaro conducting Rossini’s Il viaggio a Reims, which he also conducted at the Mariinsky Theatre in April 2014 (“A perfect production! And Daniel Smith... It was as if the opera was written for him! The orchestra last night sounded amazing.” – Yekaterina Gudkova) and in the prestigious Stars of the White Nights festival in St Petersburg.

Daniel studied conducting with Jorma Panula, Neeme and Paavo Järvi, Gianluigi Gelmetti, Hugh Wolff and Peter Gülke. He holds a Master of Music degree from the Sydney Conservatorium of Music and Fellowships from Trinity College in London, the American Academy of Conducting in Aspen and the Universität Mozarteum in Salzburg.