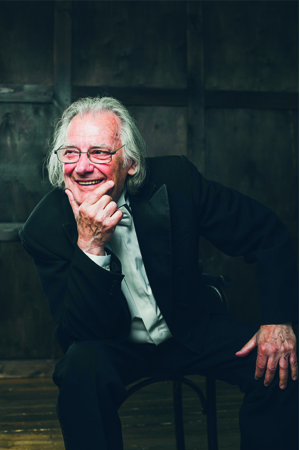 Anton Sharoev graduated from the Moscow Conservatory and completed his post-graduate studies there (class of Abram Yampolsky). Being a student in his third year, he won the prize at the International Violin Competition in Prague. At the beginning of his career, he was a member of the Tchaikovsky State Quartet where he played with Julian Sitkovetsky, Rudolf Barshai, Yakov Slobodkin and cooperated with Dmitry Shostakovich, Svyatoslav Richter and Mstislav Rostropovich.

In the 1960s, he started his conductor career perfecting his art under Natan Rakhlin, Igor Markevitch and Nikolay Anosov. As a conductor he became a laureate at the III Biennale of Modern Music in Berlin. Anton Sharoev was founder and first conductor of the Kyiv Chamber Orchestra, later he also founded Moscow Orchestra of Chamber Music, the Young Virtuosi of Russia orchesra. Since 1998 he has been artistic director and conductor of the Camerata Siberia orchestra. He combines his conducting activities with performing, playing violin and viola with the Camerata Siberia orchestra and with the Barocco ensemble.