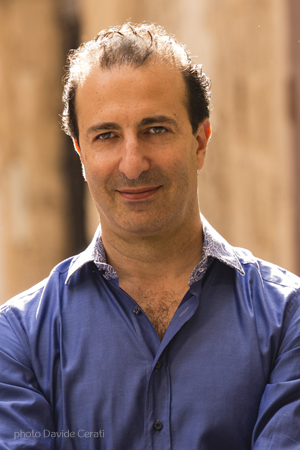 Alvise Casellati is considered one of the emerging talents of the latest years. He is President and Music Director of Opera Italiana is in the Air, an event with the aim of promoting knowledge and appreciation of Italian Opera targeting in particular the young generation through the promotion of young talents. Recent performances include the concert in Regatta Park, Miami, on April 13, 2019, in Central Park, New York, on July 1, 2019 and last October 4, 2019 in Galleria Umberto I in Naples, Italy, with Teatro di San Carlo, Accademia del Teatro alla Scala singers and Conservatorio di Benevento. He also recently conducted at Zaryadye Hall Moscow Tchaikovsky Symphony Orchestra with soloists of Academia del Teatro alla Scala and Academia of Teatro Bolshoi.

His debut in Italy was at the Teatro La Fenice in Venice where he conducted the Orchestra and Choir for the 150th Anniversary Concert of the Unity of Italy. He has been since then guest to the most important music Festivals, such as Ravello Festival, where he conducted for 3 years the famous Dawn Concert, Spoleto Two Worlds Festival, Festival della Valle d'Itria, La Versiliana, Ljubljana Festival, Emilia Romagna Festival, MittelFest in Cividale del Friuli, Baltic Music Seasons in Jurmala, Viva Musica Festival in Bratislava, Cartagena Festival Internacional de Música and Gabala International Music Festival.

It is under his conducting that actor John Malkovich had his Italian debut in July 2017 at Emilia Romagna Festival with “Report on the Blind” with music by A. Schnittke in Forlì, Cividale del Friuli, Ljubljana and Zagreb, and in 2018 in Jurmala and Bratislava.

As Resident Conductor of the Teatro Carlo Felice in Genoa in 2014, he made his opera debut with Rossini’s Il Barbiere di Siviglia and then Donizetti’s L’Elisir d’Amore. He was also Director of the Ensemble Opera Studio (EOS) at Teatro Carlo Felice, where approximately 30 young singers were selected out of more than 600 international candidates to work as the stable company of the Theater.

He is the Founder and President of the Venetian Community of New York. He has been also Managing Director of the Foundation for Italian Art and Culture in New York.

After his diploma as Maestro in violin with Guido Furini at the Conservatory of Music “C. Pollini” in Padova, his native City, he specialized with Felice Cusano and Taras Gabora. Further, he received a Juris Doctor Degree from the University of Padova (School of Law), a Master Degree (LL.M.) at Columbia University, School of Law in New York focusing on copyright; he further participated in a course of “Executive Management” at Harvard University. He was also admitted to the New York and Italian Bar. Drawn to orchestral conducting by Leopold Hager at the Vienna Musikhochschule, he commenced his studies at the Juilliard School of Music in New York and then was mentored by Piero Bellugi, of whom he became Assistant to his Orchestral Conducting Masterclass in New York in June 2010. He was Assistant Conductor to Gustav Kuhn in the 2012- 2013 Season at the Tiroler Festspiele Erl (Austria).
Information for February 2020