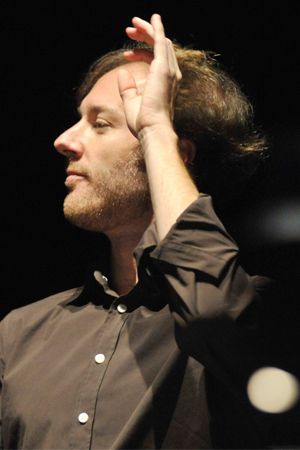 Federico Santi was born in Turin. He studied orchestral conducting at advanced courses and masterclasses held by Gilberto Serembe, Yuri Ahronovitch, Isaac Karabtchevsky and Vladimir Ponkin. He received 1st prize and Special Prize of the Opéra de Nice at the International Competition for Opera Conductors Luigi Mancinelli (Orvieto) in 2008.

In 2015 Santi was invited as a coach and consultant in Italian repertory at the Mariinsky Academy of Young Opera Singers. He has conducted concert versions of the operas La sonnambula, I Capuleti e i Montecchi and Il pirata by Bellini and the operas Lucrezia Borgia, Anna Bolena, Gemma di Vergy, La favorita and Linda di Chamounix by Donizetti. In the 2018–19 season as Assistant Director he worked on the new production of Lucia di Lammermoor.