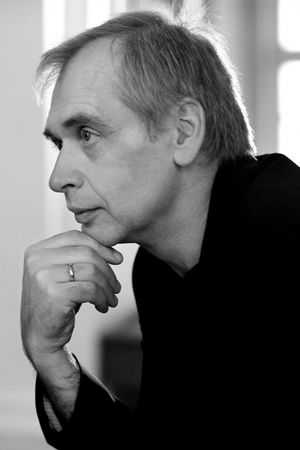 Gintaras Rinkevičius is the founder, Artistic Director and Principal Conductor of the Lithuanian State Symphony Orchestra.
He graduated from the National Čiurlionis School of Arts in Vilnius and the St Petersburg and Moscow State Conservatoires; prize-winner at conducting competitions in Moscow, Budapest and Berlin. From 1996–2003 he was Artistic Director and Principal Conductor of the Latvian National Opera, and from 2002–2005 he directed the Malmö Opera.
Since 2007 he has been Artistic Director and Principal Conductor of the Novosibirsk Philharmonic Orchestra. Tours with the orchestra throughout Russia, China, France, Belgium and Switzerland among other countries.
Collaborates with the Bolshoi Theatre in Moscow, the St Petersburg Philharmonic, the Russian National Orchestra, the State Academic Svetlanov Symphony Orchestra and the Berliner Symphoniker. Has appeared with Viktor Tretiakov, Peter Donohoe, Oleg Kagan, Gidon Kremer, David Geringas, Roger Muraro, Violeta Urmana, Sergei Larin, Matti Salminen, Badri Maisuradze and Katia Ricciarelli. Has been presented with State awards of Lithuania, Latvia, Russia, Norway and Portugal.