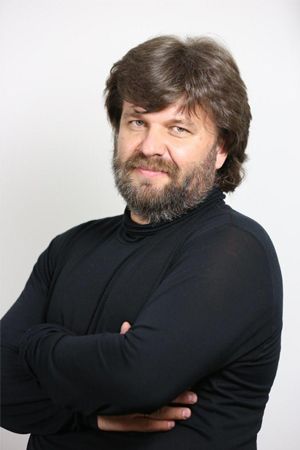 After graduating from the Specialised Secondary School of Music of the St Petersburg Conservatoire in 1991 (trombone class of Georgy Strautman) he continued his studies at the St Petersburg State Rimsky-Korsakov Conservatoire (trombone class of senior lecturer Boris Vinogradov and Professor Viktor Sumerkin). In 2009 he took a training course specialising in symphony conducting (class of Alexander Polishchuk).

As a conductor he has toured with the Mariinsky Ballet Compant to Covent Garden (Great Britain), the Festspielhaus (Germany) and the Metropolitan Opera and the Kennedy Center (USA), as well as touring to Tokyo, Bangkok, Singapore, Barcelona, Valencia and Hong Kong.

Alexei Repnikov conceived the idea of establishing the Grand Brass Ensemble. He founded the  Brass Evenings at the Mariinsky international festival, first run at the Mariinsky Theatre Concert Hall in March 2008. As leader of the Grand Brass Ensemble he has taken part in the Summer Festival in Mikkeli (Finland, 2009) and toured to Great Britain, Japan and Switzerland.