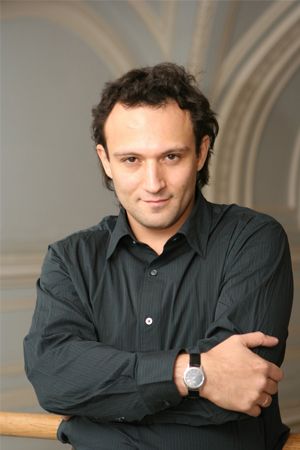 Sergei Polianichko is Artistic and General Director of the State Wind Orchestra of Russia and founder and director of the Centre of Horn Music and the Russian Horn Orchestra.

As an assistant conductor he has worked on productions of the operas Boris Godunov at the Monte Carlo Opera (2006) and Mazepa and Eugene Onegin at the Welsh National Opera (2008). Recently he has collaborated with the Sinfonia Varsovia orchestra (Poland), the State Svetlanov Academic Symphony Orchestra of Russia, the Russian National Orchestra and the Krasnodar and Rostov Symphony Orchestras.

In 2006 he founded and directed the Nevsky symphony orchestra, with which he appears at festivals, produces recordings for films, runs master-classes and accompanies stars of the Russian stage. The same year, he founded and directed the Russian Horn Orchestra. Since 2007 he has directed the Centre of Horn and Wind Music. In 2009 he established the SPband wind ensemble. Since 2015 he has been Artistic and General Director of the State Wind Orchestra of Russia. Since 2016 he has been a conductor of the Tchaikovsky Symphony Orchestra.
Information for September 2018