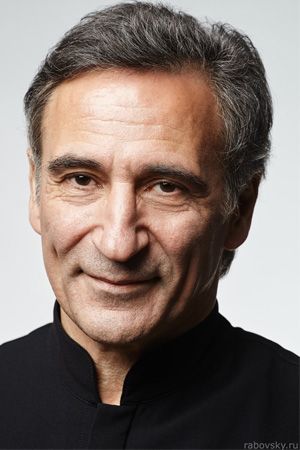 Formerly a violinist in the Leningrad (St. Petersburg) Philharmonic Orchestra under Evgeny Mravinsky, Alexander Polianichko studied conducting at the St. Petersburg Conservatoire with Prof. Iliya Musin. In December 1988, he was awarded first prize in the Sixth All-Union Conducting Competition. In February 1989, he was invited by Maestro V. Gergiev to join to the Mariinsky (Kirov) Theatre as a House Conductor. Alexander toured with the Company throughout Europe, Asia, and the United States.

In 1994, Polianichko made his London debut conducting English National Opera’s production of Eugene Onegin. This led to him conducting two productions of Tchaikovsky’s operas with the Royal Opera Covent Garden: a revival of Queen of Spades with Placido Domingo and a new production, The  Tsarina’s Slippers, by Francesca Zambello of Cherevichki.

From 2005, Polianichko gave orchestral master-classes for the Swedish National Orchestra Academy, Symphony Orchestra of the Royal College of Music, London, Chamber Orchestra of the Cambridge University, and Britten-Pears Youth Orchestra. Since 2002, he has been holding annual conducting master-classes in St. Petersburg organized by Peter the Great Music Academy, the Royal Baltic festival, and the Theatre of Hermitage Museum, to which students come from all over the world.