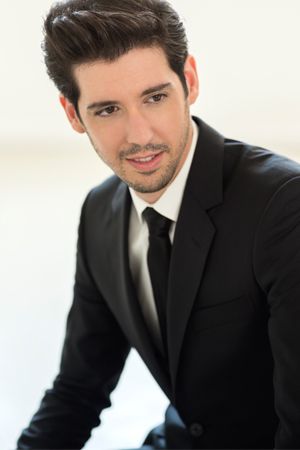 Israeli conductor Nimrod David Pfeffer made his debut with the Metropolitan Opera Orchestra in 2014, sharing the podium with James Levine in a gala performance of the Met’s Lindemann Young Artist Development Program.

This season, Nimrod David Pfeffer’s engagements as a conductor include collaborations with the newly established Guatemalan National Opera in their opening production of Rigoletto, the Guatemalan National Orchestra’s symphonic series, the Juilliard Orchestra as well as the Juilliard Opera in New York and the St Petersburg State Cappella Symphony Orchestra. Devoted to opera, Nimrod David Pfeffer serves as Assistant Conductor at the Metropolitan Opera this season, in productions of Die Entführung aus dem Serail, Otello and Tannhäuser.

An active performing pianist, Nimrod David Pfeffer’s career highlights include a live solo recital broadcast from the Russian Kremlin in 2007, performances of the music of Chopin on the stage of the Metropolitan Opera in American Ballet Theatre’s production of The Lady of the Camellias in 2010, his debut at Carnegie Hall’s Weill Recital Hall in 2008 and his solo debut with the Israel Philharmonic Orchestra in 2008.

Nimrod David Pfeffer is currently completing his Master’s Degree at the Juilliard School as a conducting student of Alan Gilbert. His teachers have included Pnina Salzman, Victor Rosenbaum, Carl Schachter and Richard Goode.