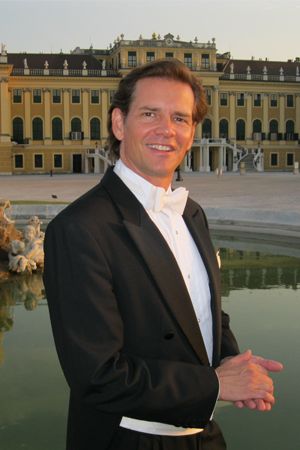 Paul Mauffray’s passion for the operas of Leoš Janáček led him to study in the Czech Republic and work as assistant to conductors Bohumil Gregor, Jiří Bělohlávek, and Sir Charles Mackerras on over eight productions of Janáček operas including, Jenůfa, Káťa Kabanová, The Cunning Little Vixen, The Makropulos Case, and the American premiere of Osud. He has been an assistant conductor at the Prague National Theater, with the Czech Philharmonic on recordings of Káťa Kabanová, Dvořák’s Rusalka, at the Bard Music Festival in New York, and at the Salzburg Festival with Sir John Eliot Gardiner on Jenůfa.

In 2007, Mauffray was engaged as Studienleiter/Assistant Conductor at the Janáček Opera/National Theater in Brno, where he conducted Verdi’s Don Carlos. Then in 2008, he was engaged as Studienleiter/Assistant Conductor and Czech Language Coach on Káťa Kabanová with Kirill Petrenko and the Vienna Radio Symphony Orchestra at Theater an der Wien. He was invited by Valery Gergiev in 2011 to coach singers and conduct rehearsals of Janáček’s Makropulos Case at the Mariinsky Theatre.

In March of 2016, he conducted a studio recording of the opera The Scarlet Letter by Fredric Kroll in a return engagement with the Brno Philharmonic where he previously conducted Mozart’s Requiem and Stravinsky’s Le sacre du printemps (taken over on 24 hours notice). He has performed regularly in Austria and in the Czech and Slovak Republics with violin-soloist Tomas Vinklat, member of the Vienna Philharmonic.

He has been a frequent finalist and prize winner in competitions such as: The American Prize for Professional Orchestral Conductors, the Bartók International Opera Conducting Competition, and the Prague Spring Competition. A pupil of Sergiu Celibedache, he has conducted in 16 countries since 1994 including performances of Così fan tutte at the Schleswig-Holstein Landestheater, La traviata at the Bucharest National Opera, and subscription concerts with the Augsburg Philharmonic, Slovak Philharmonic, and Orchestre National de Lyon.

Paul Mauffray is currently conducting performances of the opera Tabasco by George Whitefield Chadwick which he is reconstructing from the original 1894 manuscript. Recent conducting appearances have been in: Bratislava, Brno, Chattanooga, Hradec Králové, Hukvaldy, Ostrava, Pardubice, Zlin, and with the Schloss Schönbrunn Orchester in Vienna.