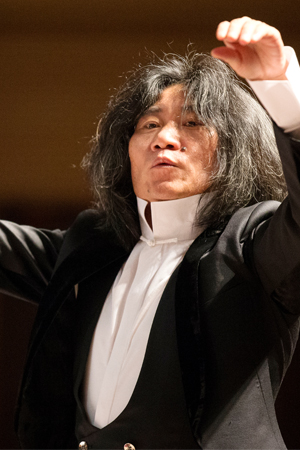 Pang Kapang graduated from the Central Conservatory of Music in 1992. In 1998, he became the Chief Conductor of the China Broadcasting Chinese Orchestra. After successfully conducting the Grand Chinese New Year Concert in the Golden Hall at the Wiener Musikverein in 2000, he has been continuously conducting there for 13 years, making great contribution in the promotion of Chinese music into the world. In 2013 he entered the University of Music and Performing Arts in Vienna to study European operas, receiving his diploma in Opera Conducting in 2015. Since 2017 he has been Artistic Director & Chief Conductor of the Suzhou Chinese Orchestra.

He has been actively exploring and practicing Chinese national opera and orchestra music and conducted the Chinese opera Wilderness as well as Verdi’s La Traviata at the Chinese Opera Festival in Hong Kong.
Information for January 2019