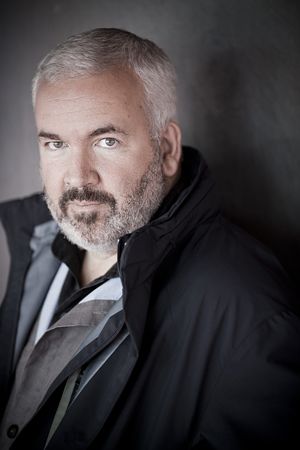 Initially a bassoonist, Marc Minkowski began conducting at an early age, notably under the guidance of Charles Bruck at the Pierre Monteux Memorial School in the USA. At the age of nineteen he founded Les Musiciens du Louvre, an ensemble that was to play an active role in the Baroque revival. Together they explored both the French repertoire (Lully, Rameau and Mondonville among others) and Handel (Il trionfo del tempo, Ariodante, Giulio Cesare, Hercules, Semele, the Roman motets and orchestral music), before going on to tackle Mozart, Rossini, Offenbach, Bizet and Wagner.

He has travelled throughout Europe, with and without his orchestra, from Salzburg (Die Entführung aus dem Serail, Die Fledermaus, Mitridate and Così fan tutte) to Brussels (La Cenerentola, Massenet’s Don Quichotte, Meyerbeer’s Les Huguenots and Il trovatore in 2012) and from Aix-en-Provence (Le nozze di Figaro, Idomeneo and a new production of Die Entführung) to Zurich (Il trionfo del tempo, Giulio Cesare, Agrippina, Les Boréades, Fidelio and La favourite) passing through the Musikfest Bremen, with which a regular partnership was established in 1995 for productions by Les Musiciens du Louvre Grenoble.

Following their success at the Wiener Konzerthaus in 2009 with a complete cycle of Haydn’s London Symphonies recorded live by Naïve (their exclusive record label since 2007), Les Musiciens du Louvre Grenoble recorded the complete Schubert symphonies there in 2012. May 2012 saw the second edition of Ré Majeure, the festival founded by Marc Minkowski on the Île de Ré off the French Atlantic coast. During the 2012-13 season he will conduct Mozart’s Lucio Silla at the Salzburg Mozartwoche, of which he has been appointed Artistic Director. He will make his debut with the Wiener Philharmoniker in May 2013 and will conduct the London Symphony Orchestra in Don Giovanni at the Aix-en-Provence Festival in July 2013. In the autumn of 2012 he celebrates the thirtieth anniversary of his orchestra’s foundation in a series of Domaine privé concerts at the Cité de la Musique and the Salle Pleyel.