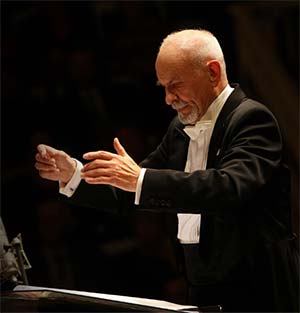 Vladimir Minin was one of the first to present works on the concert stage by Rachmaninoff, Tchaikovsky, Taneyev, Chesnokov, Grechaninov and Kastalsky that had previously been banned in the USSR.
He also frequently performs contemporary music. Works have been dedicated to the conductor by Rodion Shchedrin and Georgy Sviridov. Giya Kancheli entrusted Minin with the Russian premieres of four of his works.

In July this year in Sochi came the IX World Choir Games. This grandiose festival of song, held in different countries throughout the world every two years, saw the participation of over fifteen thousand performers from thirty-six countries. Vladimir Minin formed part of the international jury of the Choir Games and the International Choral Council as a representative of the Russian Federation.