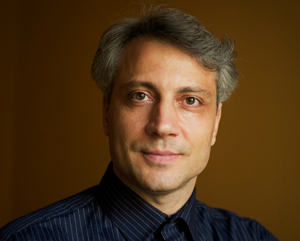 Graduated from the Hamburg University of Music and Drama in Orchestral Conducting; recipient of scholarships to Siena. Has attended international master-classes given by Ilya Musin, Valery Gergiev and Myung-Whun Chung.
He has worked with the Philharmonic Orchestras of Baden-Baden, Katowice, Novosibirsk, Plovdiv, Temeswar and Macerata and with the Symphony Orchestras of Hamburg, Thessalonica and Sofia National Radio. He has conducted opera performances in Salzburg, New York, Minneapolis, Wilmington, The Hague, Rotterdam, Riga, Lisbon and Strasbourg in addition to symphony concerts in Geneva, Saragossa and Barcelona.
Live television broadcasts include gala concerts with such distinguished singers as Ghena Dimitrova, Anna Tomowa-Sintow and Kaludi Kaludow, as well as symphony concerts with Maxim Vengerov, Leticia Moreno, Uto Ughi and Pepe Romero. He has also worked with talented young soloists including Anton Barachovsky, Luigi Piovano, Dag Jensen, Svetlin Roussev, Mario Hossen and Georgi Cherkin.
From 2000–2004 Di Martino served as Music Director and Principal Conductor of the Bulgarian State Opera in Stara Zagora.
In 2004 he conducted Boris Christoff’s Anniversary Concert at the Sofia National Opera and in 2006 he conducted Verdi’s Requiem in memory of Ghena Dimitrova.
In July 2010 he was invited by Valery Gergiev to join the Mariinsky Theatre during the Stars of the White Nights festival, where he conducted a new production of Verdi’s Attila. He has since gone on to conduct Aida, Don Carlo, La sonnambula, I pagliacci and Mendelssohn’s oratorio Elijah.
Since 2005 Di Martino has been a Permanent Guest Conductor of the FM-Classic Radio Symphony Orchestra in Sofia, and since 2008 has been a regular Guest Conductor at the Staatsoper in Hamburg.