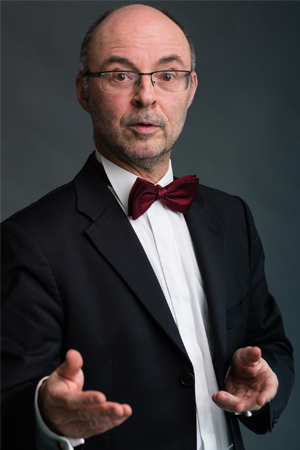 Hans-Joachim Lustig lives in Lübeck (Germany). He is the founder and director of I Vocalisti. Since completing his degree in music education at the Lübeck University of Music, he has spent his career working as a freelance director and conductor. In 1994-1995 he was the recipient of a fellowship awarded by the Deutsche Musikrat (German Music Council). He conducts seminars for choruses and choral directors both nationally and internationally. Lustig is also Artistic Director of the famed German boys’ choir, the Chorknaben Uetersen, the male voices of which won 1st prize at the VI German Choral Competition in 2002.

Additionally, he is a sought-after adjudicator at choral competitions and frequently serves as a guest conductor for various choruses, including the Belgrade Radio Television Choir, the Philharmonia Chorus in London and the Ankara State Choir.
Information for January 2018