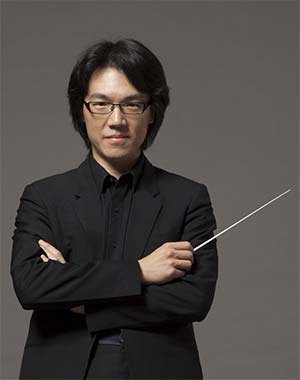 Lio Kuokman is equally sought after as a conductor, piano soloist and chamber musician. He is currently in his second season as the assistant conductor of the Philadelphia Orchestra, and was the top prize winner at the 3rd Svetlanov International Conducting Competition in France last summer with audience prize and orchestra prize.

In addition to his appearances with professional orchestras, Lio’s passion for education has lead him to work as Apprentice Conductor of the New York Youth Symphony, Assistant Conductor of the New England Conservatory Youth Symphony, Music Director of the Montgomery County Youth Orchestra, the Macau Youth Orchestra on tour in China, Japan and United States, Curtis On Tour in Korea, Guest Conductor of The Macau Wind Symphony, The Hong Kong Academy for Performing Art Orchestra, and Guest Conductor for a joint performance with the Afghan Youth Symphony and students of the New England Conservatory. As a concert pianist, Lio has performed as soloist with the Fort Worth Symphony Orchestra, Camerata Salzburg, Romania Bacau Philharmonic, China National Symphony Orchestra, Hong Kong Philharmonic, and the Shanghai Symphony. He was invited to perform in Carnegie Hall in a masterclass coached by Maestro James Levine, and is a founding member and the President of the Macau Chamber Music Association.