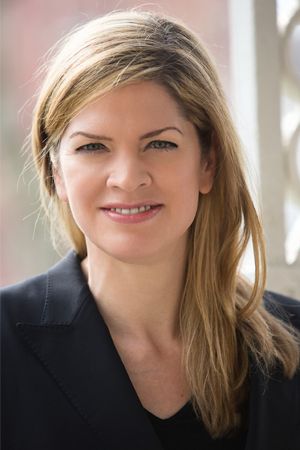 Keri-Lynn Wilson is a regular guest conductor with leading international opera companies and orchestras. In the 2014-15 season she acted as Music Director of the National Slovenian Philharmonic. Her other engagements in 2014-15 included Puccini’s La fanciulla del West at the English National Opera, Aida in Astana, Verdi’s Attila in La Coruña and an open air performance of La Bohème as well as an opera gala concert with the NDR Radiosinfonieorchester in Hannover. Future projects include Madama Butterfly at the Bayerische Staatsoper, Il trovatore in La Coruña, Otello at the Montreal Opera and Der Fliegende Holländer in Warsaw.

A native of Winnipeg, Canada, Wilson studied the flute, piano and violin. At the Juilliard School in New York, she was a student of renowned flautist Julius Baker and made her debut at Carnegie Hall at the age of twenty-one. A recipient of the Bruno Walter Scholarship, she continued her studies at Juilliard in the conducting programme under Otto-Werner Mueller. Wilson received her Bachelor and two Masters degrees in both conducting and flute performance from Juilliard in 1994. She made her debut with the National Arts Centre Orchestra of Canada at the age of twenty-three. While still a student, she assisted Claudio Abbado at the Salzburg Festival and won a fellowship from the Tanglewood Music Center. Upon graduation, she was the Associate Conductor at the Dallas Symphony Orchestra until 1998, when she launched her international career as a guest conductor.