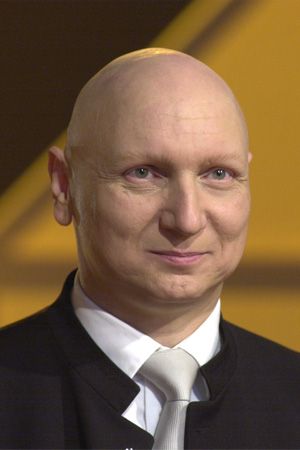 Diego Fasolis is known worldwide as one of the reference interpreters for historically informed music. His versatility and virtuosity are combined with a rigorous style which is highly appreciated by the public and by international critics, who follow him throughout the most important European and American festivals as well as via global radio, television and discographic recordings which have been celebrated with the most coveted awards of the specialized press (more than 120 released by major international record companies such as EMI-Virgin, Naïve, Universal Music and Warner Classic).

He studied in Zurich, Paris and Cremona obtaining four diplomas with distinction. He began his career in the 80s as a concert organist, performing in hundreds of concerts and regularly executing the complete works of Bach, Buxtehude, Mozart, Mendelssohn, Franck and Liszt. He then went on to become a music director.

It is in this capacity that he was appointed in 1993 as Chief conductor of the vocal and instrumental ensembles of Swiss Radio and Television (RSI, Radiotelevisione Svizzera di Lingua Italiana). In 1998 he began conducting I Barocchisti, a baroque orchestra with period instruments. He also works as a guest teacher with leading groups and singers internationally.

Since 2011 he has been working with the acclaimed mezzo-soprano Cecilia Bartoli in world-famous projects, audio and video recordings and major tour concerts the last of which was dedicated to Italian and German authors present in the St. Petersburg archives. In the coming years they will be working together on Bellini’s Norma, and Rossini’s La Cenerentola, Le Comte Ory, La Donna del lago.

For his commitment to the rediscovery of operatic repertoire, he has received numerous prizes among them many Disco d’Oro, the Grand Prix du Disque for his work on Handel and Vivaldi and an Echo Klassic for the opera Artaserse by Leonardo Vinci. In 2014 he was nominated for two Grammy Awards for his work and for the triumphant Mission project with included works by Agostino Steffani and in 2015 for the St. Petersburg project.

Since 2013 he is a regular guest at the Salzburg Festival where he takes part in concerts and opera projects.
In 2016 La Scala entrusted him with the creation of an orchestra on period instruments (Handel’s Il Trionfo del tempo e del Disinganno and Tamerlano with Placido Domingo in 2017).
In 2016 following in Nicholaus Harnoncourt footsteps, he has performed Beethoven’s Ninth Symphony three times at the Vienna Musikverein with the Concentus Musicus Wiene and the A. Schoenberg Choir.
In 2011, Pope Benedict XVI awarded him an Honorary Doctorate of Sacred Music.