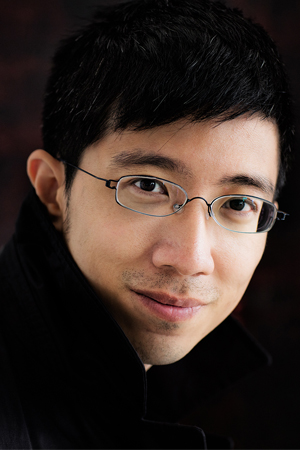 Born into a family of professional musicians, Tung-Chieh Chuang showed great musical promise from an early age. He studied at the Curtis Institute of Music in Philadelphia and at the Hochschule für Musik Franz Liszt in Weimar. Today he lives with his family in Berlin.

In 2010, Mr. Chuang received the Edwin B. Garrigues Fellowship of the Curtis Institute of Music.

A year later in Philadelphia, he initiated the Curtis Japan Benefit Concert, donating all proceeds to the victims of the March 2011 earthquake. In 2012 he launched the first orchestral flashmob in Taiwan, in his role as Principal Conductor of the National Taiwan University Symphony Orchestra. Recently he has conducted such orchestras as Bamberg Symphony, MDR Symphony Orchestra Leipzig, Deutsche Kammerphilharmonie Bremen, Tampere Philharmonic, Qatar Philharmonic, Filarmonica George Enescu Bucharest and The 12 Cellists of the Berlin Philharmonic among others.