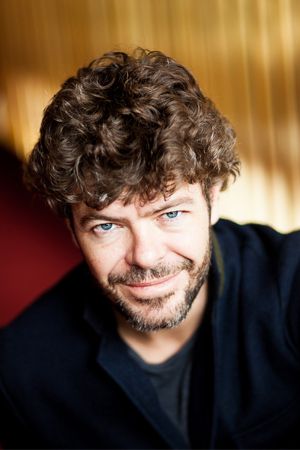 His approach was vigorous, featuring sharp-edged attacks and dynamic contrasts that contributed to a bristling interpretation and high-octane finale.
The New York Times

Pablo Heras-Casado was appointed as the Director of the Granada Festival in 2017, and is the Principal Guest Conductor of the Teatro Real in Madrid. He also enjoys a long-term collaboration with Freiburger Barockorchester that includes extensive touring and recording projects. Marking another important milestone in his career, this season Heras-Casado becomes the first ever Conductor Laureate of the Orchestra of St. Luke’s in New York, having previously been its Principal Conductor from 2011 to 2017.

In 2017–2018, Heras-Casado returns to the Staatskapelle Berlin for his debut at the Boulezsaal, in addition to performances with London’s Philharmonia Orchestra, the Orchestra of St. Luke’s, San Francisco Symphony, The Philadelphia Orchestra, Mozarteumorchester Salzburg, Tonhalle-Orchester Zürich, NDR-Philharmonieorchester Hamburg, and the München Philharmoniker, amongst others. He debuts with the Dallas Symphony Orchestra and Verbier Festival Orchestra, and in the opera arena, he conducts the Spanish premiere of Zimmermann’s Die Soldaten at the Teatro Real. With an extensive discography, Heras-Casado is the recipient of numerous prizes, including three ECHO Klassik awards, a Preis der Deutschen Schallplattenkritik, two Diapason d'Or and a Latin Grammy. He has recorded an album dedicated to the legendary castrato singer Maestro Farinelli; a release featuring works by Jacob, Hieronymus and Michael Praetorius; and a DVD of Donizetti’s L’elisir d’amore for Deutsche Grammophon. He also led the Orquestra de la Comunitat Valenciana on a release of Verdi’s baritone arias with Plácido Domingo and a new DVD of Verdi’s La traviata from the Festspielhaus Baden-Baden, both on the Sony Classical label. In 2016, he conducted Decca’s recording of Shostakovich’s Cello Concertos with Alisa Weilerstein and the Symphonieorchester des Bayerischen Rundfunks.

His latest recordings are dedicated to Bartók, with the Concerto for Orchestra and the Piano Concerto No. 3, accompanied by pianist Javier Perianes and conducting the Münchner Philharmoniker, and the complete Selva morale e spiritual by Monteverdi, stemming of his long-standing partnership with the Balthasar-Neumann-Chor & Ensemble. Previous albums focus on the symphonies and concerti of Mendelssohn and Schumann – all with the Freiburger Barockorchester in collaboration with acclaimed soloists – as well as Tchaikovsky's No. 1 symphony and The Tempest with the Orchestra of St. Luke's, all for the Harmonia Mundi.

Musical America’s 2014 Conductor of the Year, Pablo Heras-Casado holds the Medalla de Honor of the Rodriguez Acosta Foundation and the Ambassador Award of the Regional Government of Andalusia. He is an Honorary Ambassador and recipient of the Golden Medal of Merit by the Council of Granada, as well as an Honorary Citizen of the Province of Granada, his hometown. Highly committed to the Spanish charity Ayuda en Acción as a Global Ambassador, Heras-Casado supports and promotes the charity’s work.
Information for July 2018