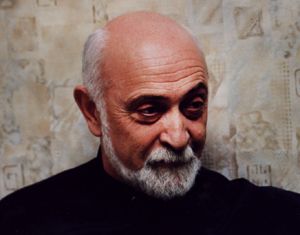 Graduated from the Leningrad State Rimsky-Korsakov Conservatoire (class of Professor Ilya Musin).
From 1968 to 1993 he was a conductor with the Maly Opera and Ballet Theatre. Has conducted a vast range of operas and ballets. With the theatre he toured to Austria, Germany, Italy, Lebanon, France and Japan.
In 1987 together with stage director Alexander Petrov he formed the Zazerkalye St Petersburg State Children’s Musical Theatre, where he remains as Principal Conductor to this day. In addition to productions for children, he has worked on productions of classical operas including L’elisir d’amore, L’italiana in Algeri, Così fan tutte, Les Contes d’Hoffmann, La Bohème, Porgy and Bess and Iolanta in addition to works by contemporary St Petersburg composers such as Leonid Desyatnikov, Sergei Banevich, Olga Petrova and Igor Rogalev. One significant event came with a production of Gennady Banshchikov’s opera Melpomene’s Lovers, which is dedicated to the founding father of Russian theatre Fyodor Volkov. This piece was awarded the St Petersburg City Government Prize. In 2009 Pavel Bubelnikov was named a winner of Russia’s Golden Mask theatre prize in the category “Best Conductor” for Rossini’s opera La Cenerentola at the  Zazerkalye theatre.

Since the 2004–2005 season Pavel Bubelnikov has been a guest conductor at the Mariinsky Theatre where he was involved in a production of Puccini’s opera Madama Butterfly. He conducts the operas Eugene Onegin, The  Queen of Spades, Iolanta, The  Tsar’s Bride, The  Tale of Tsar Saltan, La traviata, Rigoletto, Nabucco, Madama Butterfly, Tosca and La Bohème and the ballets Swan Lake, The  Sleeping Beauty, The  Nutcracker, Don Quixote, Romeo and Juliet, Giselle, La Sylphide, Leningrad Symphony, The  Young Lady and the Hooligan and Symphony in C. He was Production Conductor of the ballet Le Réveil de Flore (reconstruction of the 1894 production). As a guest conductor he has toured with the Mariinsky Ballet Company to the USA, Great Britain, Canada, Japan, Italy and South Korea.

He performs programmes of symphony music with various St Petersburg orchestras. In March 2006 the Galina Vishnevskaya Opera Centre in Moscow staged a production of Tchaikovsky’s opera Iolanta with Pave Bubelnikov as Musical Director and Alexander Petrov as Stage Director. This opera was subsequently performed at the outstanding singer’s anniversary gala a the Hermitage Theatre in St Petersburg with the  Zazerkalye theatre’s orchestra. Since the 2008-2009 season Pavel Bubelnikov has also been a guest conductor of the Mikhailovsky Theatre.