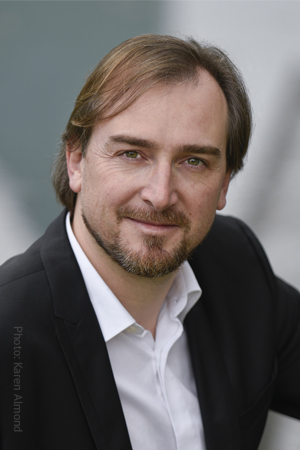 Has worked at the Mecklenburgische Staatstheater Schwerin and the Theater Kiel. In Schwerin he founded the Youth Orchestra, as well as the Jugendsinfonie Orchester Festival Schwerin under the patronage of Manuela Schwesig, Germany’s Federal Minister of Family Affairs. Has been an assistant to Christian Thielemann (Cavalleria rusticana and I pagliacci at the Salzburg Easter Festival), Kazushi Ōno (Der Fliegende Holländer at the Opéra de Lyon) and Emmanuel Villaume (L’Africaine at the Teatro La Fenice).

In 2015 he made his debut at the Konzerthaus in Vienna with the Brno Philharmonic Orchestra. In 2016 he appeared for the first time at the Bedřich Smetana Concert Hall and at the Théâtre des Champs-Élysées in Paris, and he also conducted Bastien und Bastienne at the Dallas Opera. In 2017 he established the classical music festival LacMus at Lake Como, while in 2018 he founded the festival’s chamber orchestra featuring musicians from the Berliner Philharmoniker, the Dallas Symphony Orchestra and the Orchestra Sinfonica Nazionale della RAI.

In the 2018-2019 season he appeared at the Dallas Opera and participated in the Tokyo Festival of Classical Music. In June 2019 he made his debut with the Orquesta Nacional de España in Madrid. In April the same year he made his debut with the Croatian National Opera. In the summer of 2019 he collaborated with Valery Gergiev on a production of the opera Simon Boccanegra at the Salzburg Festival.
Information for December 2019