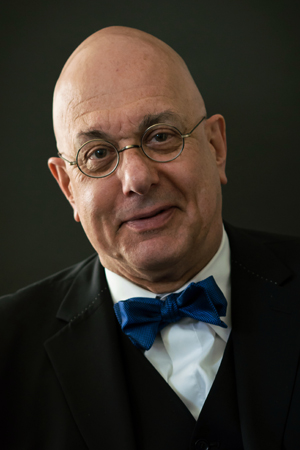 Last year Botstein conducted the Mariinsky ensemble in the Russian premiere of Leonard Bernstein’s Candide. A year earlier he led the performance of Taneyev’s opera Oresteia and a concert of American symphonic music. Next season’s guest conducting appearances include the Danish and Estonian national orchestras.

Since 2018 he has been Artistic Director of the Campus Grafenegg concert programme as part of the Grafenegg Festival (Austria), with the mandate to create and lead the prestigious Austrian festival’s own unique artistic programming, makes Leon Botstein one of the very few Americans in positions of artistic leadership with high-profile European musical institutions. In the inaugural 2018 season his narrative-driven Grafenegg programs attracted star collaborators, including Thomas Hampson and Dennis Russell Davies.

He has also recorded with the London Philharmonic, NDR Orchestra Hamburg, and the Jerusalem Symphony Orchestra. The recording of Gavriil Popov’s First Symphony with the London Symphony Orchestra was nominated for a GRAMMY Award. Leon Botstein is the editor of The Musical Quarterly and the author of numerous articles and books, including the most recent volume Von Beethoven zu Berg: Das Gedächtnis der Moderne (2013).

For his contributions to music, Leon Botstein has received the American Academy of Arts and Letters and Harvard University’s Centennial Award, as well as the Cross of Honor, First Class from the government of Austria. Maestro’s recent distinctions also include the Bruckner Society’s Julio Kilenyi Medal of Honor for his interpretations of Anton Bruckner’s music, as well as the Leonard Bernstein Award for the Elevation of Music in Society. In 2011 he was inducted into the American Philosophical Society.

Leon Botstein combines his conducting career with his work as the President Bard College, which he has held since 1975. He has initiated the creation of the first liberal education department in Russia – the Faculty of Liberal Arts and Sciences (Smolny College) of the St Petersburg State University.
Information for June 2019