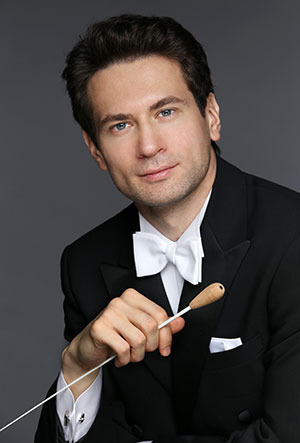 Mikhail Antonenko was born in 1989 in Moscow. He started to play the piano at the age of six. He performed his first concert at the age of seven. Antonenko’s first teacher was Elena Aleksandrova, student of professor Lev Vlasenko. He studied at the Tchaikovsky Academic Music College at the Moscow State Conservatoire (Professor Vera Khoroshina’s class) from 2004 to 2008. In 2013, Antonenko graduated from the Moscow Conservatoire (Professor Pavel Nersessian’s class).

Since 2007 he has performed with soprano Julia Lezhneva. He played accompaniment to Lezhneva at many concert venues, including the Konzerthaus in Vienna and Berlin, the Théâtre des Champs Elysées and Salle Gaveau in Paris, the Laeiszhalle in Hamburg, and the St Petersburg Philharmonia. Together with Julia Lezhneva, Antonenko has performed at the Yehudi Menuhin Festival in Gstaad, the December Nights of Sviatoslav Richter festival in Moscow, festivals in Peralada, San Sebastián, and Torroella de Montgrí.

Antonenko has appeared in recitals in Russia, the UK, France, Germany, Switzerland, Austria, and Italy. In 2015, Antonenko made his conducting debut on stage at the Great Hall of Moscow Conservatoire. In 2016, he made a debut with Lucerner Sinfoniorchester in Lucerne performing under Maestro James Gaffigan and with the Leipzig Gewandhaus Orchestra under the baton of Herbert Blomstedt in Leipzig. In 2018, Antonenko made his debut with the Svetlanov State Academic Symphony Orchestra of the Russian Federation in Moscow and with the Seoul Philharmonic Orchestra in Seoul. As a conductor, he took part in the recording of Julia Lezhneva’s CD dedicated to the works of Carl Heinrich Graun. The CD was released by Decca in April 2017 and was named Disc of the Month by the Bavarian Radio and Disc of the Week by the Norddeutscher Rundfunk. It also received the Choc de Classica and a 5-star review from Diapason magazine.
Information for June 2018