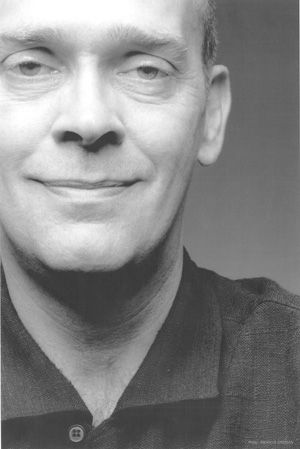 Composer
It is particularly hard to eradicate certain preconceptions. Even today, ballet is considered an art form for the legs and not the mind. Ballet music is considered “second-rate” and ballet music composers less important than their colleagues who compose operas. However, in 20th century ballet history one can pick out at least three teams of “composer and choreographer” which demonstrated in practice that it was not only music in the style of Minkus that had a right to be heard. Stravinsky and Balanchine embodied the ideas of neoclassicism both in music and in dance, creating a new and daring unity of the acoustic and visual components of ballet. Cage and Cunningham, enchanted by the idea of coincidence, showed that music and dance, born independently from each other, can depict an integral whole, at the same time retaining their own full autonomy.

To discuss the third team, we must speak of the future of ballet. Composer Thom Willems and choreographer William Forsythe both, from a historical point of view, started where their predecessors, Stravinsky and Balanchine, had left off. Neither Forsythe nor Willems would deny that. They have been able to modify what they have borrowed from the history of sound and movement so much that it is almost impossible to recognise their origins; moreover, these modifications are not just a nod of the head to social perturbations or artistic fashion. Thom Willems once said that “For me, pure enjoyment of the music is much more important than intellectual responsibility in the face of the entire history of music. I consciously distanced myself from the classicism of the 1950s and 60s in order not to block my own creative intentions.”

Thom Willems began composing music at the age of twelve and studied at the Conservatory of The Hague, where he balanced his studies of counterpoint with lessons in live electronic music, which at that time seemed somehow alien (compared with the classical school of composition) and derived from the West. Then, together with Forsythe, he deconstructed the traditional dance lexicon, transforming it into a new choreographic language.

If Balanchine created a visual equivalent of musical sounds and depicted rhythm and melodic structures through dance, Willems and Forsythe use music and dance as absolutely self-sufficient entities: the dynamics and general length coincide, but neither the dance nor the music are an illustration of the other. Willems and Forsythe are united by the coincidence of their artistic aims: both have an intensely deep interest in the inner structures of their art forms, leaving the interpretation of the emotional context of their works to the audience and the listener. It may be that Willems’ statement that he doesn’t compose melodies is only partly true – his compositions are filled with melodic elements that are deployed in a non-traditional manner. Willems is interested in the “melody” of urban civilisation of the kind that may be heard in Amsterdam, Tokyo or New York. His sharp flushes of synthesised sounds are instantly recognisable – like the windows of a house on a busy road being flung open. And even when the “windows” are closed, the tense whisper of sound, at times rarefied, at times rhythmic, does not let us forget the threatening presence of the megalopolis there, outside. Willems’ urban sound world could bring even fans of popular culture into a state of ecstasy, though it also has the resources to recreate a meditative musical lamento. His music is marked by sharp contrasts: falling sounds that bring to mind collapsing skyscrapers, there are soft cut-up “soft carpets” of barely perceptible sounds by means of rapid montage. It is this nakedness of extremely simple structures that interests Forsythe in Thom Willems’ music.