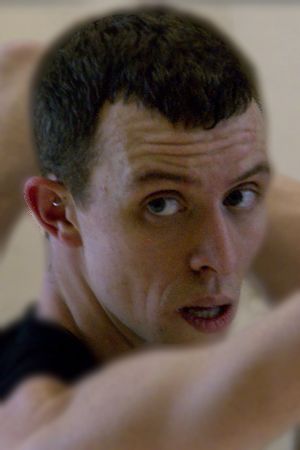 Coach and Repetiteur
Antoine Vereecken was born in Ghent, Belgium. He began dancing at the age of sixteen and trained at the Royal Ballet School of Antwerp. Between 1993 and 1997 he performed and toured with Les Ballets C de la B under the direction of Alain Platel. In 1997 Vereecken joined Malaika Kusumi’s company Renaissance de la Danse in Frankfurt (Germany) and later joined the Kibbutz Contemporary Dance Company (Israel) under the direction of Rami Be’er. From 2001-2003 Vereecken performed with the Richard Alston Dance Company (London) and during that time he restaged Richard Alston’s Red Run for the London Contemporary Dance School. After a series of choreographic projects including Maresa von Stockert’s Tilted Productions and Dance Nomad, Vereecken danced for Wayne McGregor and Random Dance from 2004-2011. During this time, principal roles were created for him in many new works in which he toured extensively both nationally and internationally. He has been featured in various dance films, among them Primary Situations Framed by Julie Masterton and the documentary Wayne McGregor: Going Somewhere directed by Catherine Maximoff. As an assistant, Vereecken has worked alongside Wayne McGregor on many works including Harry Potter and the Goblet of Fire for Warner Brothers and Dido and Aeneas for the Teatro alla Scala in Milan in addition to restaging several of McGregor’s works for the San Francisco Ballet, the National Ballet of Canada, the Bolshoi Ballet, the Royal Danish Ballet and the Joffrey Ballet among other companies. He coached Ossein for the Varna Ballet Competition and for Northern Ballet Theatre and staged Polar Sequences for the D.A.N.C.E. programme in Dresden. As a teacher, Vereecken has taught for the Royal Ballet School, the London Contemporary Dance School, the National Ballet School of Canada, the Royal Ballet School of Antwerp, the Central School of Ballet, the English National Ballet School, D.A.N.C.E. and Wayne McGregor and Random Dance among others.
Earlier this year, Vereecken won an Isadora Duncan Dance Award for his restaging of Chroma for the San Francisco Ballet.