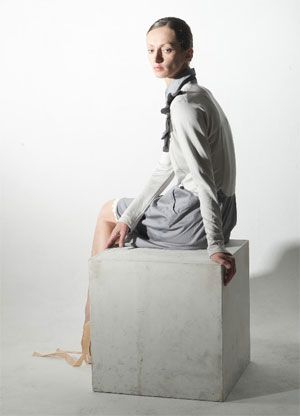 Born in Krasnoyarsk, in 1992 she graduated from the Krasnoyarsk Ballet School. The same year she joined the Boris Eifman Ballet Company as a soloist.
As a leading ballerina, Vera Arbuzova has twice received St Petersburg’s most prestigious theatre award the Golden Sofit – in 1997 for the role of the Ballerina in Eifman’s ballet Red Giselle and in 2003 for the role of Lynn in Eifman’s Who’s Who. In 2002, she was awarded with the title of Honoured Artist of Russia and in 2005 she received the Spirit of Dance prize.
Since 2008 she has been a soloist with the Mikhailovsky Ballet Company. At the Mikhailovsky Theatre she has performed lead roles in the ballets Spartacus, Giselle, The Nutcracker, The Moor’s Pavane, Sonatas in Minor and Nunc Dimittis.
In 2010 Vera Arbuzova made her first appearance as a choreographer.