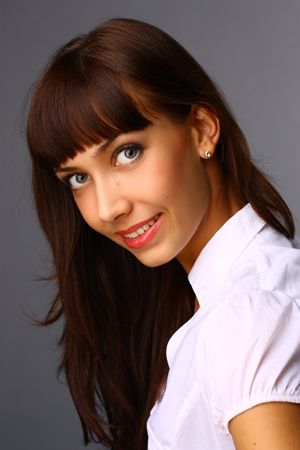 A somewhat cool and focused girl with a tremendous leap (which is natural and absolutely vital for this role (the Meek One) – and, at the same time, there is no ‘demonstration of capabilities’, she just throws up her leg, and the movement creates a buzz; in a small and bustling world, she is great and significant; the pathos of righteousness, inconspicuous for the character itself, is expressed in just one movement of the leg – and that is what makes the ballet so well loved).
Vremya Novostei

• Recipient of the Golden Sofit prize for best female role in ballet as the Meek One in The Meek One; choreography by Donvena Pandoursky (2007).

Born in Leningrad.
Graduated from the Vaganova Academy of Russian Ballet in 2005 (class of Tatiana Udalenkova).
With the Mariinsky ballet from 2005 to 2014.

Has toured with the Mariinsky Ballet to the USA, Japan, China, South Korea and Europe.