Playbill and tickets
Your visit
Company
About the theatre
News 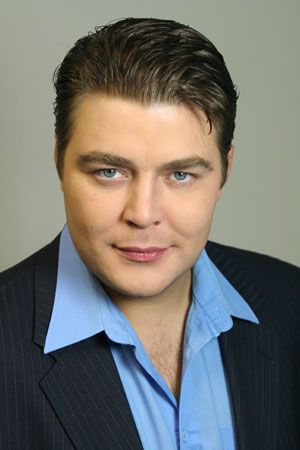 Eduard Tsanga (Figaro) dazzles with the smoothness of his voice, his powers of endurance and the necessary power.

… The young bass Eduard Tsanga is unrivalled. One could draw conclusions about his acting skills in the spoken dialogues which prove a stumbling block for many an opera singer: here every possible oral defect, dialect and the inability to fill out every word are all exposed. Tsanga displayed that rare gift of communicativeness without playacting, which is incredibly uncommon in opera.

Edward Tsanga was born in Syktyvkar (Republic of Komi) and graduated from the Nizhny Novgorod Glinka Conservatoire (class of Professor Sedov).
In 2000 he was invited to join the Mariinsky Academy of Young Singers, and since 2008 he has been a member of the Mariinsky Opera Company.

Edward Tsanga has toured with the Mariinsky Opera Company to London and Paris and to cities throughout Finland, South Korea and Germany. He sang as Leander in a new production of Prokofiev's Love for Three Oranges at the Teatro Real (Madrid), as well as in Aix-en-Provence (France) and in Luxembourg.

He was the first performer of the role of Ataman Platov in the world premiere of Rodion Shchedrin's opera The Lefthander, staged at the Mariinsky Theatre in 2013.