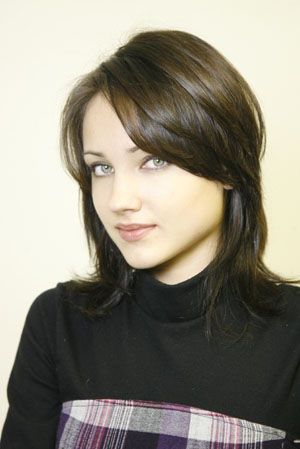 In addition to her vivid natural gifts, Stepanova’s dance is notable for the old-style and today rare Vaganova school with its inherent beauty and cantilena-like movements, port de bras and the refinement of the poses.

Her debut as Aegina showed us a beautiful and technically powerful dancer and a thinking actress. She brought something recognisably modern to the role of the courtesan of distant times. Spoiled and hungry for enjoyment, her young character is intoxicated with life and knows no moral taboos. It is only the terrifying scene of the death of Harmodius, whom she sends to his ruin, that the beauty’s mental wellbeing breaks down. But already a minute later she is swept up in a whirlwind of bacchanalian dance, it’s as if she’s in hysterics, fleeing from the idea of her treachery in hazy merriment.

• Recipient of the Taglioni Prize in the category “Best Young Ballerina” (2014)
• Diploma-recipient at the Vaganova-Prix international competition (St Petersburg, 2006).

Born in Orenburg.
Graduated from the Vaganova Academy of Russian Ballet in 2009 (class of Professor Lyudmila Safronova).
With the Mariinsky ballet from 2009 to 2014.

Has toured with the Mariinsky Theatre to Germany, the USA, France and South Korea.