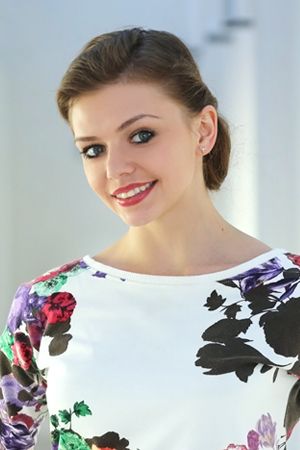 Born in Dnepropetrovsk (Ukraine).
In 2002 she graduated from the School of Dance of the Dnepropetrovsk Academic Opera and Ballet Theatre, joining the company the same year.
In 2005 she graduated from the Dnepropetrovsk Theatre and Arts College, having specialised in choreography.
From 2005-2009 she was a soloist with the Russian National Radchenko Ballet (Moscow).
From 2008-2009 she trained at the Moscow State Academy of Dance. From 2009-2014 she was a soloist with the Mikhailovsky Theatre where she performed lead roles in ballets from the classical repertoire including La Sylphide (the Sylph), Don Quixote (Kitri), Le Corsaire (Medora, Gulnare), Swan Lake (Odette-Odile) and La Bayadère (Nikia, Gamzatti) as well as the ballet Laurencia (Jacinta), Nacho Duato’s productions of Prelude, Multiplicity. Forms of Silence and Emptiness, Without Words, Invisible, The Sleeping Beauty (Aurora, the Courage Fairy, Gold Fairy), Romeo and Juliet (Juliet) and Vyacheslav Samodurov’s ballet In a Minor Key.
With the Mariinsky Ballet from 2014 to 2017.